In 1997 billionaire heiress Susan Cummings fatally shot her Argentine lover 4 times and then planted a knife beside him to make it look like he'd attacked her. She was initially charged with 1st degree murder, but in 1998 she was convicted of voluntary manslaughter and spent 60 days in jail. 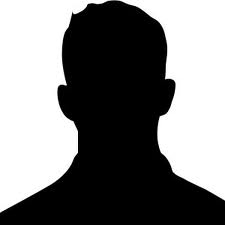 In 1986, Texas Lawyer John Curtis fatally shot colleague Bill Perrin 9 times. A client testified that Curtis taunted Perrin for half and hour and then shot him for no reason. In 1987 a jury sentenced him to 10 years probation on ground that he'd be disbarred from practicing law due to a felony conviction. When it was all over, he was disbarred for five years, served 3 years probation and payed a ,000 fine for killing a man. 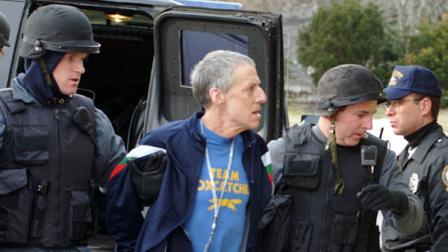 In 1996, John Dupont ,heir to the Dupont chemical fortune, killed Dave Schwitz, an Olympic wrestler living on his property. He was charged with 1st degree murder, but a jury rejected his defense that he was paranoid schizophrenic and instead charged him with murder in the 3rd degree which carries a sentence of 13 to 30 years.

In 1992 Richard Riley Jr., the son of the former governor of South Carolina, Richard Riley, who was Clinton's secretary of education, was indicted on federal charges of conspiring to sell marijuana and cocaine. He faced ten years to life in prison. Ultimately Riley Jr. was sentenced to six months of house arrest. Riley Jr. was later pardoned as President Clinton was leaving office in 2001. 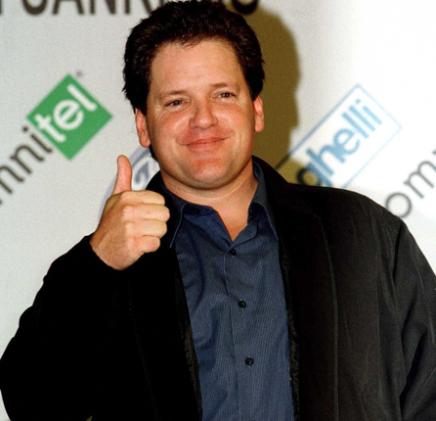 In 1986, Roger Clinton, half-brother of then Arkansas governor Bill Clinton was charged with cocaine trafficking. The sentence carried a very long term, but he was sentenced to two years in prison, and in 2001 his brother pardoned him.

And Justice for some…

A central part of the myth of our criminal justice system is that everyone receives fair and equal treatment under the law. It is this myth that encourages our blind faith in the scale and sword, and this myth that provokes growing outrage over a  16-year old murderer who got off because he was rich.

A Texas judge spared Ethan Couch a 20-year prison sentence after he killed four pedestrians while driving under the influence. The rationale was that Couch’s wealthy upbringing and strained relationship with his parents have compromised his sense of right and wrong.

A psychologist testified that Couch’s egregious behavior, prior to the fatal crash he and his friends stole two cases of beer from Walmart, was a product of “affluenza” (not to  be confused with White privilege) where his family felt that wealth bought privilege and there was no rational link between behavior and consequences. The psychologist testified that rather than prison time, Couch needs therapy. Judge Jean Boyd sentenced the teen to 10 years probation, and two years of rehabilitation at a whopping cost of $450,000 per year, a bill his parents will foot.

The affluenza defense should be music to my ears. If the legal system is factoring socioeconomic and psychological factors into the sentencing process, then the courthouses of America should be packed with attorney’s seeking appeal. Surely,  young Black men arrested for gang activity can now effectively demand  retrials. After all, a psychologist might argue that many were tempted to join fraternal street organizations due to the absence of a  father-figure at home. And what about the thousands of men incarcerated for drug possession and trafficking, an offense punishable by up to 20 years in prison? Surely, a psychologist may argue that given the depressed economy in urban enclaves, where unemployment and poverty rates are disproportionately high and public schools inferior, young men participate in criminal enterprise in order to realize their societal role as male providers.  And what about the hip hop culture? Surely these young men have been psychologically conditioned by an inundation of music that glorifies the gangster life. One could even testify that the mere experience of living in the ghetto and the over-exposure to  violence, scarcity and overcrowding leads to post-traumatic stress disorder, a condition treatable by therapy and medication, not prison time.

If a psychiatrist can describe Ethan Couch’s privileged life as a “sick system” than  the ghetto is terminally ill. But of course these arguments, if uttered in court, would seem foolish as rooted in truth as they may be because the affluenza defense doesn’t work in reverse.

A Tale of Two Systems

Black men make up 6 percent of the population and nearly  half the nation”s prison population. At any given time, a third of Black men are under the criminal justice system’s control, either in the form of prison, probation or parole.  African-Americans and Hispanics have higher arrest and incarceration rates for drug related crimes even though drug use and trafficking is comparable across racial lines. We also know that Blacks and Hispanics are disproportionately poor, a reality that suggests our criminal justice system is overtly biased toward the wealthy and perhaps indirectly biased toward the White.

There are two systems of criminal justice in America. One for the wealthy and one for the poor. Justice for the wealthy is defined by kid glove investigations, probation, rehabilitation and minimum sentences. For the poor, it consists of paramilitary policing, racial profiling, tough prosecutions, harsh mandatory sentences and hard time.

In truth, this dichotomy isn’t random, rather it’s our penal system functioning exactly as it was designed, to oppress and control  poor and marginalized populations.

Our criminal justice system evolved from England’s Poor Laws, which were first codified in the 15th century. In 1495 Parliament declared that  “Vagabonds, idle and suspected persons shall be set in the stocks for 3 days and 3 nights and have none other sustenance but bread and water and then shall be put out of town.”

In 1547 a  bill was passed under King Edward VI that sentenced all vagrants to two years of servitude and branded them with ‘V’.

By 1572, repeat offenders might be sentenced to death. The Poor Laws were designed to deal with the growing problem of ‘unemployment’, a social condition that economists had yet to view as a bi-product of capitalism. Rather, ‘idle’ people were considered public nuisances and threats to national productivity.

The English government instituted work houses where vagrants were forced to perform hard labor for free.  Some of these vagrants would ultimately be sent to the New World as a means of ridding England of its undesirables.

During America’s colonial period there were two institutions in existence, the combination of which would ultimately produced the modern prison. There were workhouses, designed to repress vagrants and paupers, and prisons, which at the time almost  exclusively held religious and political prisoners, debtors, and accused criminals  awaiting  trial. At this point, corporal punishment was the primary means of deterrence.

It wasn’t until the West Jersey and Pennsylvania Quakers designed a penal system that substituted imprisonment and rehabilitation for corporal punishment that the workhouse and the jail combined.  The Quakers originated the idea that imprisonment should be the typical mode of punishing crime, and instead of idleness, inmates should be subject to hard labor.

From Slavery To Prison

The prison system didn’t take root in the States until after the Civil War and subsequent abolition of slavery, and prisons were built throughout the South as a mechanism to legalize human bondage. Black Codes were enacted that criminalized normal activities, like walking at night or “loitering” and lead to the mass incarceration of Blacks. While in prison, inmates forced to perform brutal labor became unwilling participants in an economic arrangement that  mirrored slavery. Perhaps even more alarming, until the early 20th century, a system of convict leasing allowed white slave plantation owners in the South to literally purchase prisoners to live on their property and work under their control.

The criminal justice system essentially replaced slavery as a means of oppressing and exploiting Blacks in America. A perfect example of this is Louisiana’s Angola Prison which was founded in 1880 when the state purchased an 8000 acre farming plantation, converting the slave quarters to cells in which the inmates, former slaves, tilled the land under the watch of an overseer. Today the Angola Prison still exists, only it is 18000 acres and a shining example of modern day chattle slavery.

When we examine the historic origins of America’s penal system, we see that it was never designed to administer justice fairly. The prison system’s ultimate purpose has always been a means of exploiting and oppressing poor and marginalized populations.

It is no coincidence that the last three decades have seen an explosion of the prison population that coincides with stagnation of the global economy. In the 1970’s America began to outsource its manufacturing jobs, transitioning into a more service based economy. As millions found themselves left behind, incarceration rates swelled. Incarceration  doubled in the eighties, as Rockefeller Drug Laws disproportionately incarcerated Blacks for drug related offenses, and doubled again in the 90’s.

Many individuals who are outpaced by the economy ultimately end up working as an inmate, providing free manual labor to private companies who outsource to American prisons. These statistics demonstrate that American prisons are not just serving as a mechanism of punishment and reform, but primarily as a means of dominating marginalized populations and  safeguarding the social and economic status quo.