Let me first emphatically state that I do not watch Dr. Phil. The man has no chill and his particular brand of therapy is essentially exploitation wrapped in condescension.

But, it was the middle of the day. The tv was on CBS 2,  and when I saw  Bobbi Kristina Brown’s play-husband, Nick Gordon, stammering incoherently, I couldn’t hit the switch.

The infamous Nick Gordon interview-turned-intervention was definitely must-see-tv, but for the same reason people  gather in their slippers and bathrobes to watch a house go up in flames.  People enjoy disaster,do long as it’s happening to someone else. It’s our guilty pleasure. It’s why we rubberneck. It’s why we watch the  6 o’clock news.

“My pain is horrible! My heart hurts!”

Witnessing a fragile Gordon cling to his mother Michelle as if  there were  monsters beneath his bed was disturbing to say the least. And awkward. Gordon’s unraveling,  a Molotov cocktail of grief, prescription drugs and alcohol, could perhaps only be matched with  dramatic intervention. But given the precarious legal and personal circumstances that surround his situation, a private intervention would have been best.

Which brings me to my next point.

Who in the hell thought this was a good idea?!

That was the time to step in. Not when her son is a heartbeat away from a murder charge. 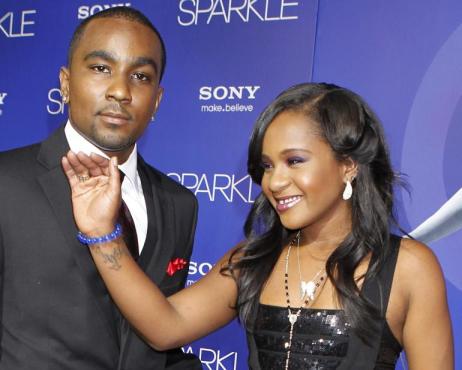 I was shocked to find that Nick has an entire legal team because… what attorney  would let their client appear on national television drunk and flying high on Xanax, unless of course they are banking on the insanity defense, which we all know doesn’t work for Black men.

Hell,  to be honest, I didn’t think Nick  had anything to do with it until I watched Dr. Phil.

I mean, Michelle Gordon’s second-hand account actually placed Nick at the scene of the crime and provided a motive.

“Chrissy and Nick had an argument,” she said. “Nick walked away from the argument and went to another bedroom to fall asleep and Krissy went up to her room and drew a bath.”

If that scenario sounds familiar, it’s because it happens on Dateline ALL THE TIME.

So, was Oprah busy? Was Wendy booked? Both talk-show mavens (yes, even Wendy) would have handled the interview with far more discretion and care.

Or even better,  how about no interview at all?

This was the interview that never should have happened, because as much as we love to watch slow-rolling train wrecks, here’s the truth. A 22 year old woman is at Emory Hospital in Atlanta clinging to life by a thread. A 22 year old suicidal man is self-medicating with liquor and drugs. And whether Nick is at fault or not,  depression is a serious matter. Addiction is a serious matter. And interventions should not be bought to you by Jeep Cherokee and Dawn soap.