Home
Relationships
Sex & Relationships
5 Signs You are Dating “Sheldon” (And How To Handle Him Like a G)
Introducing "Smoke", my debut volume of love poems!
Read "Smoke" 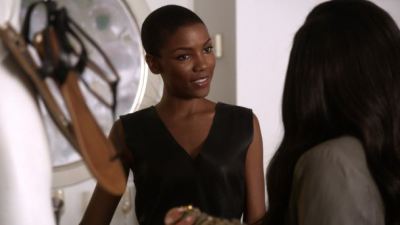 “ How do you know Sheldon?”

“How do you know Sheldon?”

At  first, I charged the intoxicating familiarity to the actor himself, because, let’s be real, Shaza has been using his translucent eyes and succulent lips to panty-snatch since the 90’s.

But no. As the temperature rose and my stomach flipped, I realized that not even Dourdan could create that stir. It wasn’t him. It was the character he was playing.

Just like the woman in the boutique with an earful of tawdry details about Mary Jane’s boo, I too know Sheldon. 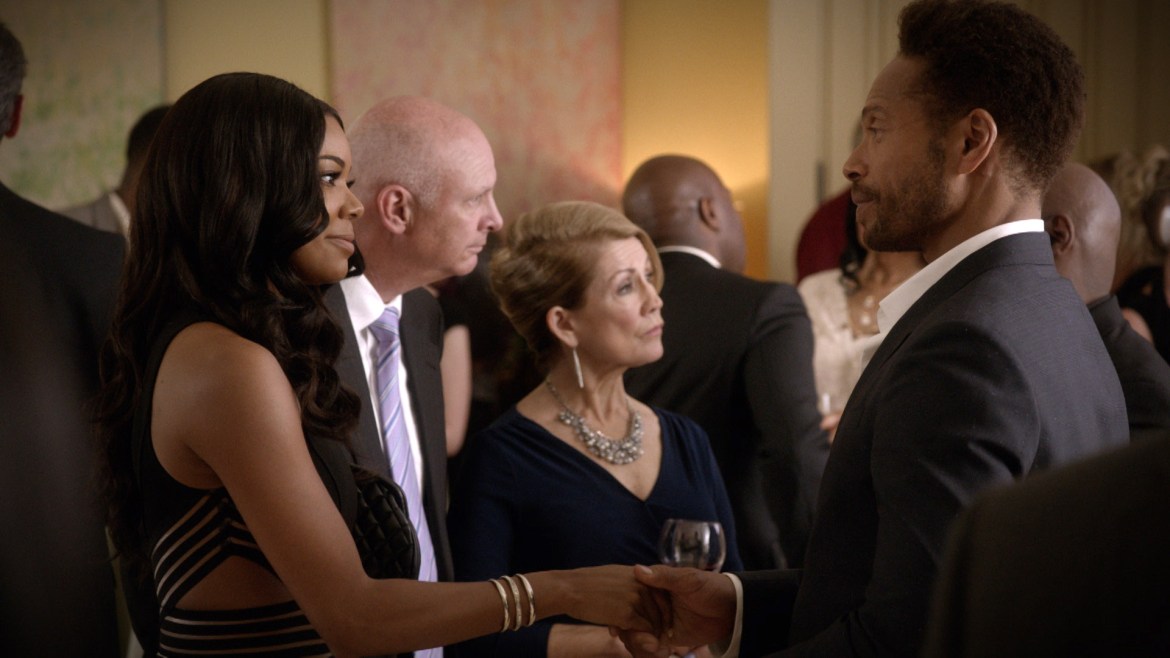 He is Marcus Graham, Mr. Big, and Lance Sullivan wrapped into one dreamy package.  A high-profile, seemingly too-good-to-be-true bachelor who cheats on his career with a carousel of well-pedigreed women all hoping to be the one.

I know his type well.

I know his car, a Porsche Carrera, because riding the clutch at 80 miles per hour down the freeway feels like zen, his shoes, Prada and Ferragamo, only, and even his scent, Creed. Always.

What distinguishes his type from other accomplished, high-profile men, is that Sheldon lives for the conquest. He is a hunter, and because the thrill of the chase far outweighs the reward, he is perpetually on the prowl. Always looking the next challenge. The next battle. The next case to win. The next deal to close. The next fly girl with a fly career who swears her love is magical.

And herein lies the problem.

Most women play for keeps. “Sheldon” plays to win.

So, are  you dating Sheldon? Maybe he’s gone, or maybe you plan to get one! In any case, here are five ways to recognize a Sheldon (and date him like a G).

1. He has a private jet…. And even if he doesn’t, he flies charter or has a hell of a lot of frequent flyer miles. Either way, he travels for work a lot.  Whether a corporate guy or performing artist, his busy itinerary is the cause of many last minute requests to rendezvous and reschedule.

His jet-setting lifestyle makes his presence loom large. You may even feel grateful every time he surprises you with a sweet text, because wow, of all the things on his plate, he’s thinking of me? While his career is demanding, Sheldon has learned how to use his itinerary to his advantage. He uses his frequent absence to keep the women in his life at arm’s length, and always on their toes.

Here’s the deal, no matter how nice he seems, Sheldon is a player with a passport. Seriously, there’s a “you” in every city. Refuse to be a “layover”, and after a short while, you’ll know if his interest is fleeting or something with potential. 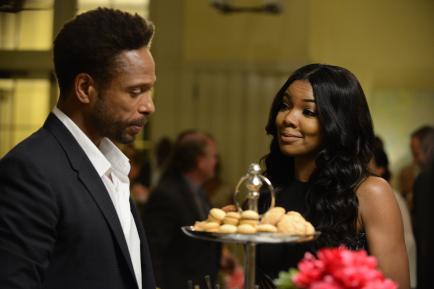 2. He has a split personality… Maybe he’s earned a reputation for being a ruthless trial attorney or fanatical activist. Regardless of his occupation, his reputation precedes him. He didn’t reach his level by always playing nice.  Watch how his tone changes when he takes a business call and how his brows furrow when the waiter confuses his order. He has a demeanor that demands respect, and quite frankly, that turns you on.

Maybe, just maybe, there’s a little bit of Anastasia Steele in every woman.

You love his ability to take control, but more than anything, you love how he switches up when he’s around you. At work, he’s the general, but with you, he is all smiles. Super charming, polite, even deferential. He wants to know all about you and takes interest in the most mundane matters of your normal life.

Here’s the deal, the Sheldon types are masters of charm. You don’t climb ladders without being able to call someone’s bluff, and sniff out weakness. Sheldon knows that he’s your fantasy, and he will pounce on any vulnerability he can detect, be it your vanity, naiveté, or a past heartbreak. He uses as words as weapons. He knows what to say and how to say it to make your lower your guard… and  your panties.

The antidote, hang in there. No matter how thick he lays on the charm, resist  the urge to fall.. Give the relationship about three months. If he still comes around regularly and treats you like gold, then maybe, just maybe, there is something there.

3. He’s always busy… It takes a week to plan a date because there’s so little room for leisure in his schedule. He has piles upon piles of work. More work than President Obama. And meetings. And trips. Definitely more business trips. He works every day, day and night, all the time.  He never comes up for air. It’s even hard to find time to get a shape-up.

Here’s the deal, successful, high-profile men really are quite busy and dedicated to their careers, but they typically have help, like a personal assistant or staff to keep them organized and on task. And even if he really is shouldering the world alone, there is no man on the planet too busy for the woman that drives him crazy.

Sheldon will emphasize his busy schedule so that he can get away with things other men can not, like canceled dates, and broken promises. If he is really interested, he will make time for you. It’s a simple as that.

The best thing you can do is keep it light. Date other men, (like Mr. Cutty Buddy) and treat every date like it could be the last. No, that doesn’t mean you confess your love and remind him of all the reasons you’d be a fly  FLOTUS. Just stay in the present, live your life, and don’t ever offer to make plans. As long as he has to extend the offer, and wonder if you’ll accept, a man like Sheldon keeps coming around.

4. He does magic tricks…. Literally, he knows how to make himself disappear and reappear months later with a goofy text message like “hey stranger”. Men like Sheldon run when they sense things are becoming too serious, often using “busy” as an excuse. When he decides to come back, it’s for one of two reasons. You two were intimate and the sex was bomb… or, he’s wondering if you still carry a torch for him. You see, if he disappears and you lose interest, then he’s lost, and Sheldon’s hate to lose. So prepare for the grand gesture. He’ll do whatever it takes to enchant you.

And here’s where it gets tricky.

You have to decide what you want from the relationship. If you wear your heart on your sleeve, delete him from your rolodex forever, because if he pulls a disappearing act once, he’ll do it again.

Or, you can decide to just have a good ass time, because I’ll be honest, Sheldon dates are always spectacular, and he’s great company. You can learn a lot from Sheldon, and he may become a valuable business contact.

Will you ever slow dance with him to Jagged Edge on your wedding day?

Girl, he’s not even thinking about a wedding.

But you can still decide to get something out of the deal for yourself. 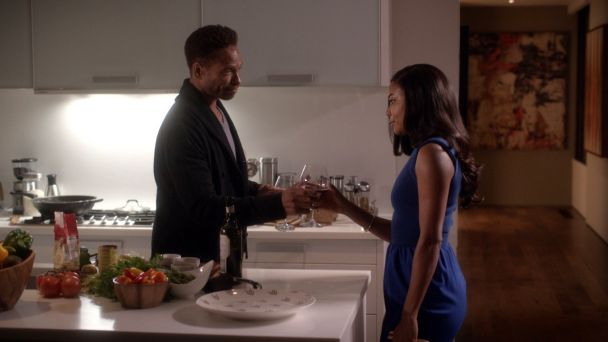 5. He tells you, “I’m not looking for a relationship”… I can remember chewing on a California roll when *Miles said to me, “That’s why I’m going to take my time looking for a wife. I’m in no rush to get married.” Somehow, a discussion about Tiger Woods drifted into a discussion about infidelity, which he staunchly defended as I choked on a mouthful of rice.

I’m sure at that point he saw right  through my cool demeanor.

The truth is, the Sheldon in your life is typically upfront about his reluctance to commit. He’s a straight-shooter. Rarely will this man pretend. He will however use the future tense enough to make you hold out hope.

Here’s the deal, Sheldon will meet his match one day. It could be you. But until he values marriage more than he values success, novelty, and competition, no woman will be the one. The best thing you can do when dealing with a man like this is put your best foot forward, but live in the moment. The last thing he’s looking for is another “obligation”, so as long as being with  you feels like an escape from the pressures of every  day, he will want more.

But even if he doesn’t, don’t take it personally. Just like Mary Jane’s approach, Sheldon is the type of man you take your time getting to know.

My first Sheldon encounter was at 21. I dated the second at 23. I learned these lessons the hard way. While the Sheldon’s in my life have been absolutely fascinating men, dating them was little more than entertainment. What I learned in retrospect is that it doesn’t matter how many valuable things a man has, until he values YOU, there’s no future. So if there’s a Sheldon in your life, take it from me, have a blast, but definitely know your worth.