After a lengthy impasse, the Senate finally voted to confirm Loretta Lynch as the new US Attorney General. Nominated by Barack Obama, Lynch will replace Eric Holder who is stepping down from the position. She will also be the first African-American woman to serve in this capacity.

Republican  majority leader Senator Mitch McConnell postponed the nomination until after the Senate voted on a contentious human trafficking bill, a process that took weeks.

Lynch is currently the US attorney for the Eastern District of New York. She watched the Senate vote today while in her   New York office. Afterwards she  made a few gracious, and humorous remarks to her staff.

Lynch can be seen here “raising the roof” as she watches the confirmation on television. 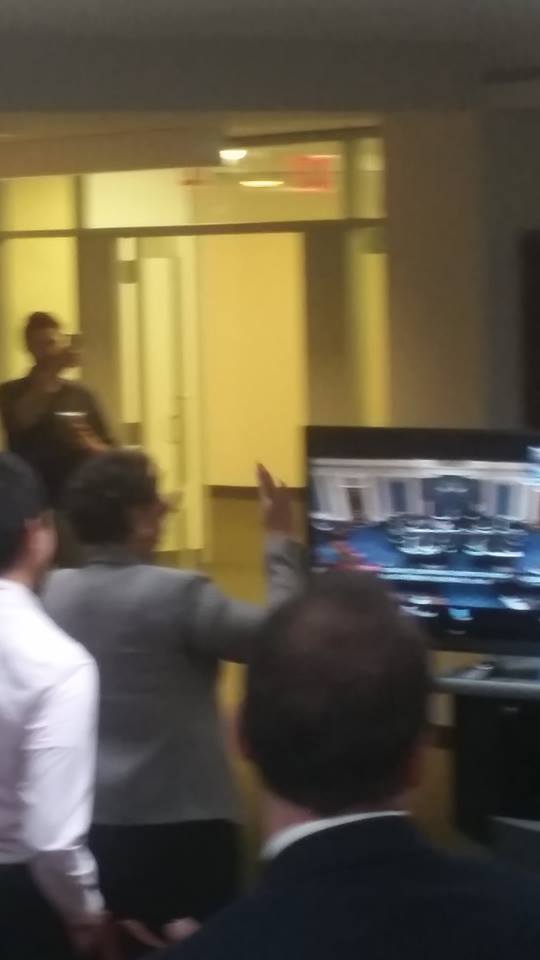 And here she is addressing her New York staff moments later. 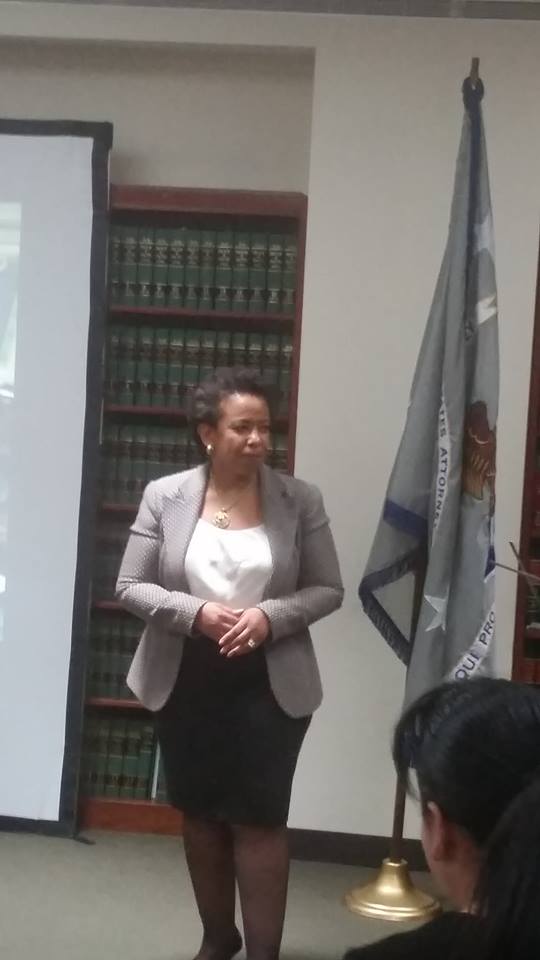 She began with a lighthearted reflection on her early days in the US attorney’s office.

Lynch went on to thank her staff for helping to prepare her for the lengthy nomination process, working in a quip about immigration.  Republicans and conservative groups denounced her support of President Obama’s executive order on immigration.

“Every time I had a question from the senate… and those questions are so reasonable and so on point, immigration law on Mars, that sort of thing  I was always able to turn to someone from the department but usually from this office to help me out. So believe me, this isn’t just me going to Washington, this is all of us. “